April & May & June the Cobia are in Hilton Head Island, SC 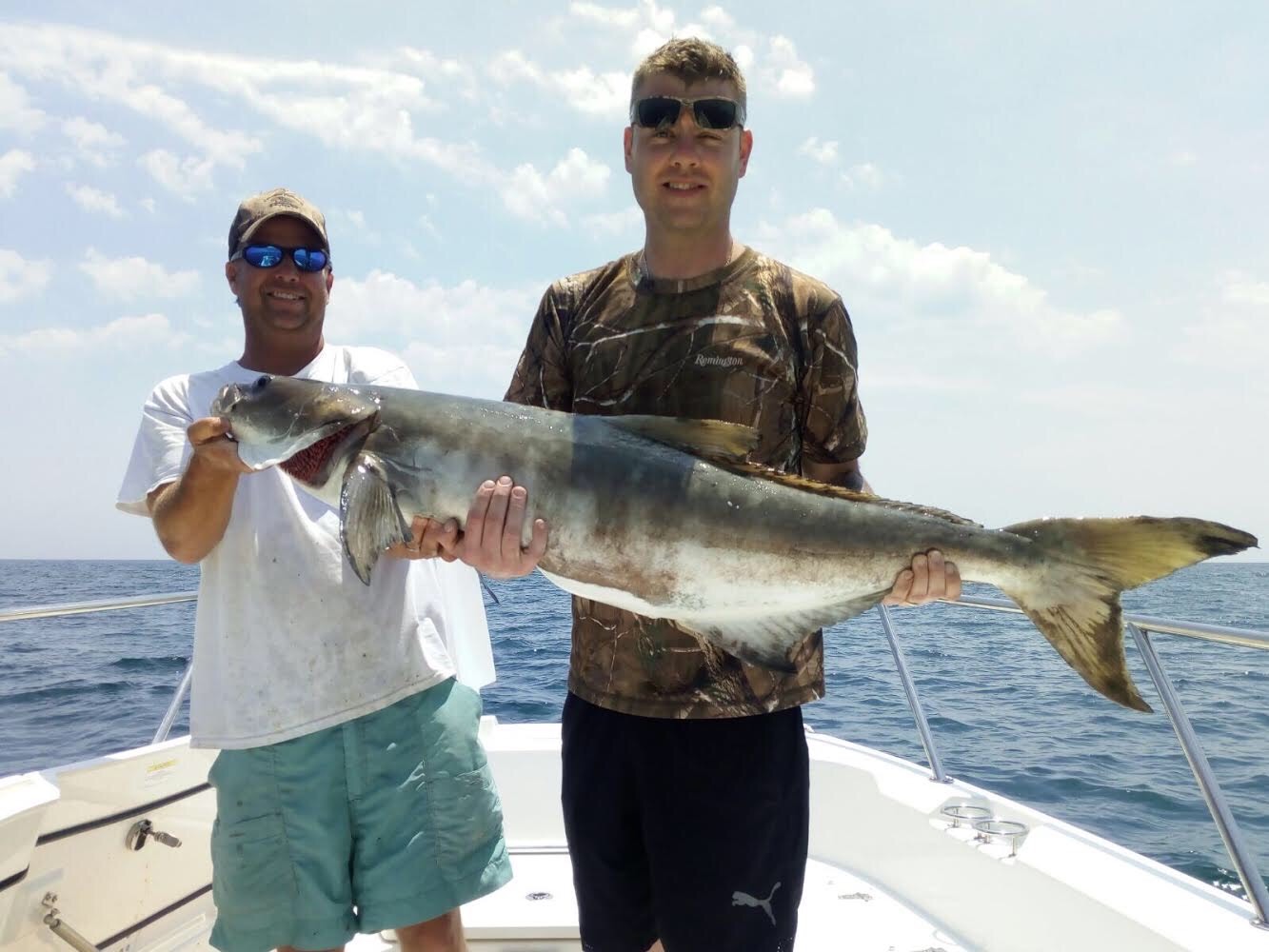 The Cobia are a terrific sport fish, built like tanks they have elongated, torpedo-shaped bodies with flattened heads. Their eyes are tiny and the fish’s mouth is very wide. The Cobia have flattened heads and a large mouth with a protruding lower jaw that projects past the upper jaw. Cobias are dark brown in color and have a darker, lateral stripe from the eye to the tail. Seven to 10 very sharp spines run along the front of its dorsal fin, and its tail fin is forked.  Extremely strong fish the Cobia is a prized catch for most anglers. Highly sought sport fish, they make powerful runs with occasional jumps when hooked.

Young cobias have black and white horizontal stripes with patches of bronze, orange and green. The cobia has a long body that is a black color on the back and brown on the sides, usually growing 3 to 4 feet long and weighing more than 50 pounds. Two silvery bands encompass a dark band that runs along its sides from the head to the tail. Its stomach is yellow or gray/white.

A wise hunter, the Cobia has a broad diet and huge appetite. They eat mostly crabs and shrimp but will also feed on squid and smaller fish. Spawning occurs from April through June in the Port Royal Sound or artificial reefs offshore Hilton Head Island, SC. Cobia can spawn more than once during the spawning season. Eggs collect near the surface of the water and usually hatch within 24 hours of being fertilized. The young fish grow quickly during their first two years.

Cobia can live up to 12 years. Cobias are a pelagic species normally solitary in nature except when spawning. They are found off the US from Virginia south and throughout the Gulf of Mexico in both inshore and nearshore waters of the inlets and bays. Cobias prefer water temperatures between 68 and 86 degrees Fahrenheit.

They migrate south to warmer waters during autumn and winter, and journey back north when temperatures rise again in the spring. They are commonly found near natural and manmade structures such as reefs, wrecks, buoys and shelves.

Fishing the Betsy Ross Reef off the Coast of Hilton Head Island
March 22, 2021