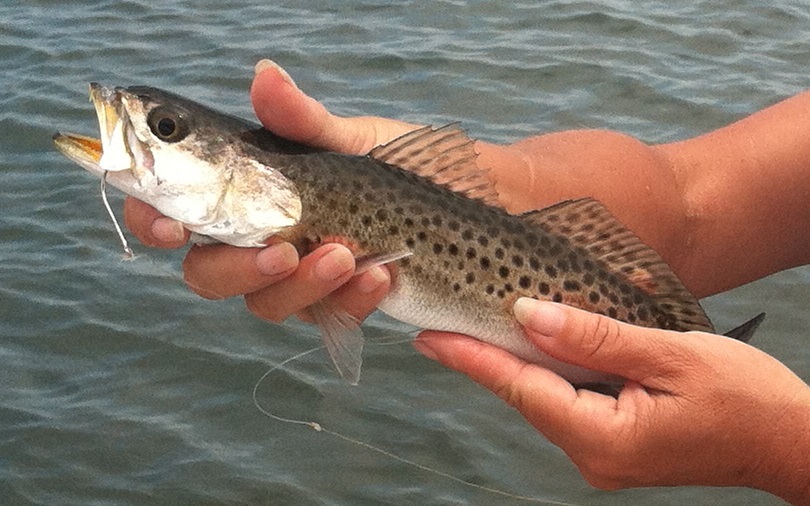 Spotted seatrout is the second most popular gamefish species in South Carolina. And due to the unusually cold weather in our area this month, the lower water temperatures are deadly for many marine animals. While biologists at South Carolina Department of Natural Resources (SCDNR) work to understand the severity of this winter weather’s impacts on important fisheries, they’re asking the public to help – by practicing catch and release of spotted seatrout, one of the fish hardest hit by the low temperatures.

Shortly after the first week of January, reports of dead fish and shrimp along the shores of tidal marshes and saltwater impoundments across the coast started coming in. In addition to spotted seatrout, other fish heavily impacted in our area include mullet, red drum, and sheepshead. While SCDNR biologists will monitor all of these species in the coming months, they remain most concerned about spotted seatrout as they’re particularly vulnerable to low water temperatures. Because these sub-tropical fish spend their entire lives in coastal rivers and estuaries, unlike red drum or sheepshead, low temperatures can kill seatrout of all ages.

SCDNR staff expect to have a better understanding of the impacts on the entire population by late summer. Anglers should practice catch and release of all spotted seatrout through the end of September. However, this practice is voluntary.

Sightings of dead or lethargic fish should be reported to SCDNR scientist Dr. Joey Ballenger at BallengerJ@dnr.sc.gov. They ask that detailed information about the location, date, species, and number of animals seen are included in your email.

Click here to see the full press release by the SCDNR.